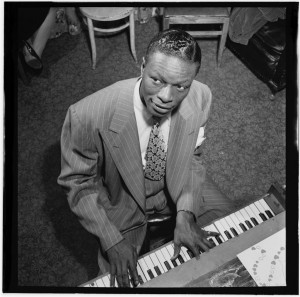 It was during the summer of 1954 when twelve-year-old Tommy Morgan began walking the streets of downtown Salt Lake, setting out on a day he would remember for the rest of his life.

Tommy was a “Skate Boy” at a popular roller skating rink best known for its cleanliness and up-to-date facilities.  Tommy’s duties included maintaining a safe speed on the rink were he often politely asked aggressive skaters to keep the speeds down, repaired loose bearings, and polished rough edges off skaters wheels so they roll smoothly on the surface.

Tommy, while not a loner, spent a fair amount of time alone satisfying his intense curiosity which later proved to be one of his greatest traits.  Tommy was a gifted athlete who would go undefeated collegiately his four years playing golf at the University of Utah.  He was dark (having an Indian Grandmother), and handsome.  Added together, Tommy was always popular in many circles of friends.

His day would start around noon preparing for the 1-4 PM matinee open skating.  From 4-7 was Tommy’s free time as the rink was closed until the next skating round which was from 7-10 PM.  Tommy had a favorite sandwich he enjoyed at Hofbraugh’s BBQ where he didn’t mind spending some of his hard earned money satisfying a young man’s hunger.

As with most other days, this one seemed to be starting out the same.  Off he went on his four block walk during break to buy his standard sandwich.  Today, rather than eating at the diner, Tommy decided to eat, walk, and explore.  Halfway between the diner and the skating rink was a very popular dance hall called, the “Rainbow Randevu” which held other events such as President Nixon speaking.

Tommy noticed the doors were open at the Randevu as he approached.  This proved to be too much for his curious mind.  In he wandered, walking past large booths with elegant seating, tall tables for sitting high enough to observe, and a large open dance floor just a few steps down.  On the stage he could hear music coming from the piano, so off he went to see who was playing.

Jumping onto the stage with his sandwich in hand, Tommy walked over to the piano to see who was tickling the ivory.  It was an older man with a smile he will never forget.  He describes it as the most beautiful, “Unforgettable” smile he has ever seen!  This older man, seeming a little startled at first, turned his head toward Tommy asking?  “What are you doing young man?”  Well, I am a skate boy at a local rink and am on my lunch break.  I heard you playing and wanted to see who it was.  The elderly gentleman said, “okay, sit down right here and eat your lunch while I play you a song.”  Ok, thanks! replied Tommy.

It is times such as these we will never forget, this new friend began to sing with the most amazing voice Tommy had ever heard.  Tommy found himself observing intensely, thinking to himself there must be some kind of magic for a human to sound so incredible.  The song wasn’t one Tommy was familiar with, but it is one he has never forgotten; it was “Unforgettable, by Nat King Cole!”

The significance of this meeting, and Tommy’s openness to Nat wasn’t fully understood until much later in Tommy’s life.  Tommy at age twelve, in 1954 wasn’t blinded by the color of skin.  For one, he was the only caucasian on the rink on Saturday nights from 10:30-12 during the “Colored only” skating time.  He had many other “colored” friends, having no thoughts, himself, beyond knowing there was a slight difference in skin tones.

It happens that Tommy (now Tom) and I became friends in the late 1990’s.  One day Tom told me the story of meeting Nat and the beautiful experience he had had that day.  While I wasn’t even born during these times, the story rang true to me as the dance hall was owned by my Grandfather, Jaren Jones.  I asked Tom if he wanted to hear the rest of the story as told by my family?

“Yes, certainly, tell me please,” Tom implored.  During those times “colored” people couldn’t go through the front doors of many businesses, they had separate drinking fountains, sat in different areas of public places, and often weren’t allowed to stay in hotels.  Nat King Cole, while very popular, was no different.  I told Tom that my grandfather allowed Nat to use anything he owned, which included use of grandpa’s home.  Nat King Cole, when in Salt Lake, stayed at my grandfather’s home!  My mother remembers Nat well as he visited with them while staying in their home.