It is “CRAZY” how misleading simple statements alter our world! 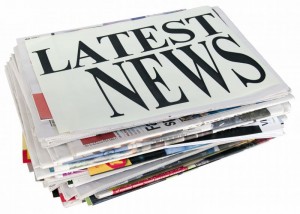 Isn’t it crazy how simple headlines, unread articles, or misunderstood information we read can dramatically alter the way we think?

You, me, and nearly all Americans are anxiously waiting for the day our consumer confidence returns, and our business community is once again operating on sound free market principles.  While we wait, our attention is often distracted by headline news which robs us of our hope, making us believe the worst isn’t over; am I right?

As an example, the “Daily Real Estate News” printed an article running the headline: “Defaults Soar 33%, Biggest Monthly Gain in 4 Years.”  WOW!  If I were a buyer, or a seller of real estate and this title is all I read; I may elect to rent, defer selling, or do something never considered.

Most of us are aware the real estate bubble burst, causing great losses to individuals net worth and to businesses balance sheets.  We have witnessed attempts by our government to correct this downward trend with programs which have proven to be unsuccessful.  Occasionally we see indications of a positive turn.  Cautiously we wait, wanting desperately to participate in the improving economy.  Then we are blindsided again, by a writer who dramatizes the negative with a misleading headline.

Let’s take a minute to see what this real estate headline really means.  If taken on face value we may have reason to be depressed, or even shocked!  A 33% increase of any number we already believe to be dramatic is incredible.  The biggest gain in 4 years? these years have been part of “The Great Recession.”  The title would give us reason to pause; we may begin thinking to ourselves “oh my, it’s getting worse.”

Here are facts shared in the article with a little different view.  The 33% increase spoken of was an increase in homeowners receiving an initial default notice from July 2011 to August 2011, or month over month.  But, if we look at the same numbers from August 2010 to August 2011, they indicate that 2011 is down 33% in foreclosure filings year over year!  Interesting isn’t it?  The statistic shared as a headline is dramatic, yet 100% wrong.   We have improved by the exact same number, 33% year over year.  They are 66% off by simply changing the perspective.

Too, you will learn that the filings in August 2011 were artificially high because banks had intentionally slowed the foreclosure process while cleaning up their inappropriate procedures.   August was when they began moving forward on postponed defaults.  The banks are processing files which had been building up over this time.

Losing one home to foreclosure is dramatic, my next statement isn’t intended to take away from the significance of someone receiving a default notice.  It simply shows through statistics everyone on the street isn’t losing their home as the headline may lead you to believe.  In the month the headline stated, “Defaults Soars 33%…”, the percent of US households which received a notice was .18%, or one home in every 570!

Oh, if only our world was filled with headlines which spoke to the truth of an event, rather than seeking to shock us such that our attention is heightened.