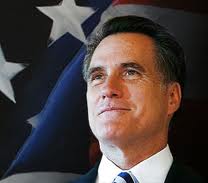 As a member of the Church of Jesus Christ of Latter-day Saints I found Robert Jeffress comments as he introduced Rick Perry fairly entertaining; I laughed.  His follow up remarks when questioned by reporters proved to be more revealing, “Islam, Hinduism, Buddhism and Mormonism are all false religions,” he said this to the applause of his followers.  Odd coming from a man (group) who believes themselves to be Christian?

May I begin by publicly thanking the many friends who have called, emailed, and text me, suggesting Jeffress was out of line and uneducated to facts.  Also, I want to praise those many reporters who have stood up to the bigoted remarks by writing rebuttals suggesting their findings and experiences to be much different.  Lastly, a shout out for Newt Gingrich who on “Face the Nation,” said that the remarks were “very unwise and very inappropriate.”

We as Mormons aren’t alone in receiving unfounded criticism.  Many of my counterparts in other churches feel the same spotlight on their faiths.  However, it seems to me over the past few years the dialog about Mormons has been on the rise.  Probably due to recent events such as having two Mormons running for President.

I believe and research shows that people have a far better view of members of the Church of Jesus Christ of Latter-day Saints when they have known a member personally.    Many are taught about Mormons from those who truly are unaware and perhaps innocent in passing on uninformed teachings.  When these people finally meet a Mormon, they soon realize the second-hand teachings are far different from their first-hand experiences.  My hope is this why I have received personal contact from friends, not members of my faith, suggesting their outrage of the naiveté.

Mormonism being non Christian, a cult?  Well, know that my personal experience is different.  Yes, I was raised Mormon.  However my parents insisted on me making my own determination as to whether or not I would follow our church’s teachings.  I chose to belong.  My decision included serving my faith as a missionary in Australia.  It is there I became more familiar with the value of our Christian faith.

While in Australia I was able to see lives change first hand.  During the two years I lived in Australia I baptized many people.  Each of them unique, some families, all of whom were reunited with hope.  As I witnessed the lives of these individuals improve it became a testament to the benefit of a lifestyle geared toward good will.

Kim and I were blessed to be able to take our children to Cambodia serving the people there.  I now understand how our country has so many people who are unaware of what the LDS church does; we too as members didn’t know some of what the church is doing worldwide.

In Cambodia we learned of the church’s outreach in many areas: 1) Providing scholarships to those who are unable to pay, 2) Giving out wheelchairs to disabled who have no resources to obtain one on their own, 3) Teaching farming techniques to Villages on growing better crops and raising healthier animals, 4) Digging wells for people who had no clean drinking water, 5) Providing welfare to the needy, 6) Giving medical provisions to the sick.  It went on and on, we participated, and in doing so were asked not to proselyte.  Why?  That wasn’t why these humanitarian efforts were being done.  Matthew taught: “As ye have done it unto one of the least of these my brethren, ye have done it unto me.”

The LDS church is doing this all over our world.  They are often the first responders providing essentials in natural disasters.  In 2010 the Church provided relief to people affected by 119 disasters in 58 countries.

Really our story is an American tale.  Joseph Smith, the first prophet of the restoration was a farmer’s son.  He was persecuted for his interpretation of the Christian story and was eventually assassinated for his beliefs.  After he was killed, there were 70,000 believers who trekked from the East to Utah’s Salt Lake Valley.  Many died along the way while others suffered.  Kim and I went on a mock trek in an attempt to better understand some of what these pioneers experienced, it was humbling!

I feel because of this rich history of pioneering, Mormons value self-reliance, hard work, and live with an uncanny optimism.  Mitt Romney should respond to critics by suggesting these defining values are personality traits needed in our next President, and that he carries them deep in his soul.

We are a family oriented faith with an emphasis placed on building this critical unit of society.  We believe family extends into the eternities and consider marriage and family important to this ideal.  Mitt too should boldly proclaim his family values giving confidence in those who share similar views.

Our church is the 4th largest Christian faith in the United States with the majority of the 14MM Mormons living outside the US.  There are over 55,000 missionaries serving throughout the world today.  While missionaries serve, they fall in love with the people of countries all over this globe.  To this day, I have a special spot in my heart for the people of Australia.  I believe these experiences of member missionaries creates global literacy of our people.  As an example Mitt speaks French and should be telling the world about his connection to having lived in a foreign country.  Jon Huntsman speaks Mandarin Chinese.

It seems to me that if Mitt spoke of what his faith means and all that is done by the church, the discussions misrepresenting his beliefs would subside.  I can see why his tendency is to turn the other cheek knowing he was taught: “Do good to them who despitefully use you and persecute you.”  This takes strength of character for sure, but the record needs to be corrected, and doing so by educating those unaware should work.

While the church continues to grow, the numbers will mean that more Mormons are in business, education, arts, entertainment, in other public venues, and yes, holding public office.  This will open doors of understanding as our population will get a more accurate picture of our faith directly from its members.  Today unfortunately, real understanding lags behind our visibility.  We need you, the media, and others to continue presenting your personal findings through having known a “Mormon.”

Lastly, to Jeffress comments “Islam, Hinduism, Buddhism and Mormonism are all false religions,” Come on, are you serious?!  While it is my desire that others understand me, I too want to understand them.  I have close dear friends of all the faiths he characterized here.  I enjoy visiting with and learning from these friends about their foundational beliefs.  This education has made me a better person.  There are many wonderful and wise teachings I may have never learned without their friendship.

And he suggests their religions are false?  In every discussion I have had with individuals of other faiths I have found their heartfelt beliefs to be extraordinary, making them incredible human beings.  Why can’t he hope for a world where each of us collectively respects each other, even when we disagree; this allows for our betterment.

Much of what I consider to be “positive character traits” which I have built on throughout my life have come from learning through others perspectives!

6 Responses to Mormons a “cult?”