Slowly does it every time…

Through our life’s experiences we learn the wisdom found in tales such as Aesop’s fable “The Tortoise and the Hare.”  Today we live in a world that is enriched by instant gratification.  Our expectations threaten the values taught by the Tortoise who commented after winning the race, “Slowly does it every time.”

Think back on your life,  try to remember those who sprinted into life seeming to have caught onto every dream.  At the time, we may have felt envious of what they were achieving while we methodically moved along a planned coarse of action.  Take another moment now and think of where those who ran quickly ended up and where you are today. 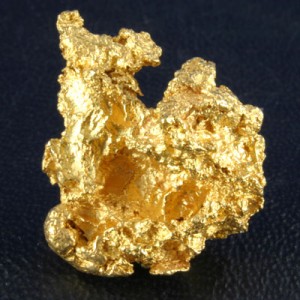 There is a story of a young man in 1849 who sold all of his possessions to mine gold in the rivers of Southern California.  He learned of the great wealth that could be gained by mining the large nuggets from those waters.  The stories were exaggerated such that men told of finding nuggets so large they could’t carry them.

Day after day the young man sifted through the waters finding nothing more than a growing pile of rocks.  He had spent all his money and was discouraged that the stories he believed where untrue.  All he was finding were small flecks of gold, nothing like the stories that made him sell all he owned.

One afternoon, after having had enough, he picked up a rock from the river and angrily through it back into the water yelling, “There’s no gold here!”  Just as he did so, an older man who was known to have made it rich prospecting walked up saying, “Oh there’s gold in here, you just need to know where to find it.”

It was clear to the young man that there was gold in the rock but he said, “These are tiny flakes, I am looking for large nuggets, these are hardly worth my time,” as he threw the rock to the ground.  The older man calmly walked up smiling and opening his pouch, “Son, it seems to me, you are so busy looking for large nuggets, you are missing filling your pouch with these precious flecks of gold.”

The young man was stunned at the amount of gold this old prospector had accumulated.  The prospector continued by saying, “The patient accumulation of these little flicks has brought me great wealth.”  The two men spent the next few hours together as the young man learned how to retrieve these large amounts of endless gold flakes floating freely down the river.

The lesson here is that by small and simple things, great things are brought to pass.  A life spent engaged in small acts will build toward the richness and joy of love and happiness only few will taste of.  Not unlike the slow methodic race the tortoise ran, our knowledge that collecting small amounts over time will bring to our lives everything we could ever want will serve us well.

Don’t get caught in the depression of attempting to defy nature by getting all that you want “now.”  Find satisfaction in the journey.  Know in your heart that each day is getting you closer to your desired outcome!  One step at a time, one day at a time, will equal a lifetime of satisfaction.