America is (was once) the greatest country in the world… 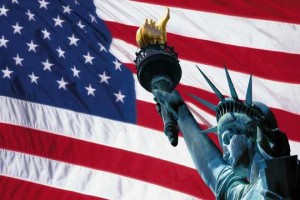 In recent years America has held her head high, was identified as the hope of the world and helped solidify the fact that a free people can prosper while securing the future of all.

Today we perhaps have taken our eye off the ball and have allowed what was once thought to be inconsiderate to now be acceptable.

America has always stood for what is right, fought for morals and passed laws which upheld them because we didn’t scare easily. We sacrificed, cared about our neighbors, cured diseases and put our money where our mouth is.

We didn’t beat on our chests, we acted like men and waged wars on poverty; not poor people. We made ungodly technological advances while exploring the universe. We reached for the stars, stood on the moon and built great things.

If we aren’t the greatest country in the world anymore or if we are slowing slipping from an enviable position, maybe, just maybe in times past we didn’t identify ourselves by simple things such as who we voted for in the last election.

The first step in solving any problem is to realize there is one. America, we are one nation, the greatest nation in the world. We are filled with all that is necessary to make our world a better place.

Let’s get back to working as one in combining our strengths. Nothing, no nothing can stop what our collective diversity can bring if we are united.

This entry was posted in Stories from people I meet, Uncategorized and tagged america, caring for others, greatest nation, reaching out, united. Bookmark the permalink.