The secret of success…

What would the world have been like if we hadn’t had characters such as Abraham Lincoln, Mother Teresa, Martin Luther King, Roger Bannister, Isaac Newton, Billy Jean King, Helen Keller, or you?  What mark will you be leaving on the world?

Did you know that Tim Tebow, the 25th pick in the 2010 NFL draft was told: He wouldn’t ever play football, couldn’t play at the collegiate level, won’t win the National Championship, couldn’t earn the Heisman, wouldn’t be drafted to the NFL, and if he was he would never play?

I am certain the accomplishments of the people named above came with similar criticism as Tebow’s.  Well, Tim played exceptional football earning a place on Florida’s team where he was named as the countries first sophmore to win the Heisman, won a Championship, was drafted, and is now playing in the NFL. 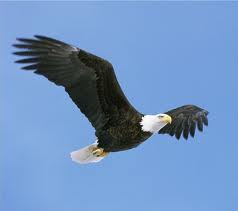 We have heard the story where a young Eaglet was accidentally place in a chicken coop and raised by hens and roosters who knew nothing of soaring in the skies above.  And as  the Eaglet grew it had no idea of its potential lying around on the ground pecking for grain.

One day high in the sky above, this young creature witnessed a soaring Eagle and felt he could only dream of mastering the sky as this magnificent bird did.  The sharp eye of the soaring Eagle caught a vision of the Eaglet below and wondered why it was trapped in the uncovered coop.

Diving down at a rapid pace this Eagle flew into the coop to see what could be done to help.  Why are you staying in this coop?  He cried out to the unknowing bird.  It’s what we do sir.  Why don’t you fly with me and see the world you are missing from above?  Oh how I have dreamt of that; I want nothing more than to ride the air along side you and your spectacular wings.  Let’s go the Eagle cried out motioning toward the heavens.

I can’t, you see our wings are only made for brief low level flying.  What!?  Have you ever opened yours and seen their beauty?  No need, I am only a chicken.  At that the Eagle grabbed the Eaglet by the wings with its talons and lifted it high in the sky.  What are you doing?  Please take me back, I am scared to death up here!  At that the Eagle let the Eaglet go and it began falling hopelessly to the earth.

Oh my, I will surely die, please, please help me.  Little Eaglet open your wings and feel their strength push against the air.  They don’t work!!! Tumbling and falling at a continuing faster and faster pace.  Yes they do!  And if you don’t try it soon you will be a small patch on the dirt below.  The Eaglet desperate now and willing to try anything opened its wings to find a natural ability to fly.  Doing something he felt could only be dreamt of before.

We can all name records that have been beaten, achievements made, and milestones reached by people who felt at one time no one could do whatever it was they did.  We all have amazing ability, abilities we don’t even know we have.  A great artist told me that everyone can draw, they just need to be taught he said.  What if I change the word “taught” to “believe?”

Life is short, we don’t have a lot of time to accomplish the great things we are destined to achieve.  What if Michael Angelo had believed he couldn’t paint or create?  I could write an endless list of “What ifs,” but think of all you are blessed with and how these gifts come from people who believed.

The dreams you are carrying around in your heart aren’t there to simply occupy space.  You have been given those dreams so you can make our world a better place.  Don’t be the person who sat around everyday in the chicken coop pecking at the ground when there was ample talent to soar to the greatest heights.  Every great accomplishment was believed to be impossible at one time, or until someone who know they could do it; did!

There are no excuses, your circumstances don’t matter.  There is something great inside each of us desperately wanting to come out.  Bless us with your gift.  Give us a better life.  Help each of us realize our potential through witnessing another miracle!

This entry was posted in Life and tagged lead, making a difference, success, talent. Bookmark the permalink.