Other than seeing the red cape, can we tell who our Heroes are?

Have you wondered what evidence exists allowing proof that an ordinary person is a hero?  Or, have you ever thought whether or not you are a hero yourself?  I think I have found some evidence to suggest a certain leadership quality may be the verification we need.

While watching the repeated coverage of the Boston Marathon 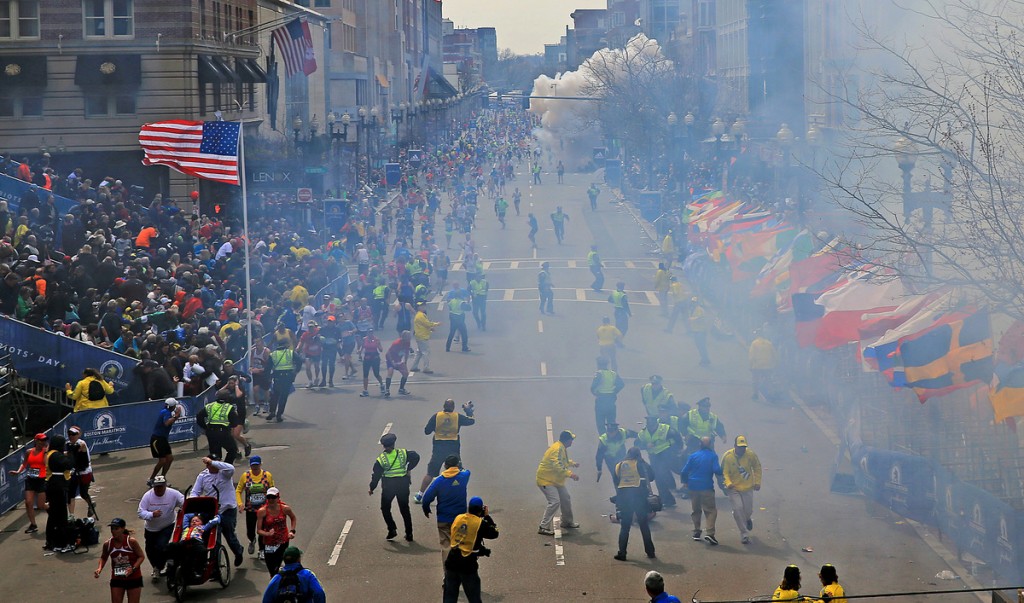 bombings, I found myself inadvertently watching the movements of individuals closest to the explosions.  Within seconds of the detonation, some hurried away, while a select few remained, and even turned themselves toward danger; seeking out those in need.

It appears to me that an act of courage is not only immediate but innate as well.  Next time you have an opportunity, watch closely to those affected and you will see for yourself what I am suggesting here.  Intuition is a natural skill set found within leaders.  In uncharted waters, with no road map on what to do, drawing on past experiences or natural reflexes; guides some through uncertainty.  The greater the risk, the greater this trait is exhibited in acts performed by hero’s.  Each hero stops and turns toward danger instinctively and instantaneously.

Is the observation of this natural instinct what I use as verification?  No, not really, it’s difficult for us to place ourselves in “real” situations used to test our resolve or to prove our inner person on how we will respond.  When seen after that fact, this evidence clearly divides those who enjoy this rare characteristic from those who lack the courage.

What I observed is best told first by a short story:

Near the end of a long day at work in the depths of a mine, Ryan, a chief electrician, and his apprentice were finalizing some work on a high voltage line.  The apprentice was taking some last minute instructions prior to leaving for an anxiously awaited night of entertainment.  “When you reach the main service panel at the entrance of the mine; wait for my call.  When I give you the okay, flip the switch in the breaker panel to the “on” position, and head home.  I will finish up and see you in the morning.”

Perhaps no one will really ever know for sure why these simple, yet critical directions weren’t followed that evening.  The apprentice in the five minutes it took to reach the mines entrance, lost all cognition of what his duties were.  Upon reaching the panel, he immediately flipped the breaker to the “on” position and did in fact head home.  Ryan, wrapping up his work, and unaware the line was now live; made the necessary connection only to find a rapid and brisk jolt of lethal power.

Words truly can’t express what someone goes through while being electrocuted.  A simple expression would suggest it is similar to clinching your fist as hard as you can, as if grasping into something to save your life, and multiplying that feeling ten times.  This feeling, however, isn’t limited to your forearm flexers, but in all the muscles in your body.

Ryan remembers knowing that he needed to release himself from the source and from being grounded, but had no power to overcome the constraint placed on his body from the electricity.  Even simple thoughts of collapsing at the knees to free himself from the breaker couldn’t be followed.  What happened next may only be the start of the miracles that followed.  His body reacting to the flow of power eventually tripped the breaker allowing his paralyzed body to freely fall onto the ground.

Now, conscious and in cardiac arrest, fellow miners called in for help.  While the life flight helicopter was arriving, EMT’s were doing what they could to stabilize life.  Ryan doesn’t recall experiences similar to others who have near had death events such as seeing a light, or being visited by loved ones who have passed, but he clearly, and definitely remembers an inner drive to maintain life.  For his body to “keep on doing whatever it was he was doing.”

Ryan wasn’t expected to live, his next miracle was pulling through by enduring and perpetuating his will to live.  Miracle number two; surviving.  Ryan suffered wounds from the exiting electrical volt, and has nerve damage eliminating and limiting his upper bodies exterior feelings, but he survived.

What I witnessed as evidence or verification of a hero was his response to my question after listening to this dramatic story.  Why on earth didn’t the apprentice follow your instructions?  They were so elementary!  It doesn’t matter, I am responsible, I was the teacher.  Granted, but really?  Anyone would have known.  No Jaren, it was my job to properly educate him and I didn’t.  I sat there in complete disbelief knowing that Ryan’s response wasn’t manufactured whatsoever, but coming from deep within himself.  None of his suffering is blamed on this innocent participant (the apprentice), it is totally and completely carried within himself.  Ryan’s take away is to become a better communicator…

In my astonishment, I had the impression that this is the type of individual I would want with me should we be found in uncharted waters, with no road map on what to do, drawing on past experiences or natural reflexes guiding us through uncertainty.  He is the type of individual who takes responsibility for actions and as a result contains inner characteristics that require one to turn toward danger seeking out those in need.

While I can’t say what I might do in a similar situation, I can tell you with certainty, Ryan, and those who are like him; will come to our aid…

This entry was posted in From friends and tagged courage, hero, innate, instinct, superman. Bookmark the permalink.