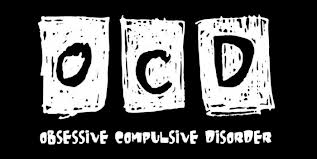 There have been many topics I have written on over the years. Many that really haven’t had much to do with me personally, but stories about those I meet on the path of life.

Understand for me it has been tremendously gratifying learning what an impact some stories have had on the lives of my readers. I choose today to write on a personal discovery, one that has come in my later years, and after experiencing a significant life changing event. It is my hope in this writing, more than that of any other, I can open the door to change for someone who may be guided to read what I write about my experience.

It is my belief that when we are willing to open ourselves to others, we both help those in need, and avail ourselves of greater learning.

My first real observation of my “being a little different” came just after I treated myself to a brand new Porsche 911 C4S Carrera Cabriolet. I have always been oddly “protective” of things, often having an impact on relationships unknowingly, or limiting my full enjoyment of what life can offer. This first introduction as a life lesson came as I was showing my new car to a friend. We had gone on a “test” drive; the kind where you are hoping no police officers are near. As we drove back into my friends driveway to park, he noticed that I negotiated carefully as to not park where the car could get scratched. He wisely turned to me and said, Jaren, never own anything in your life that you care about more than those you love.

I reflected on his wisdom as I drove home. You see, my son at the time was a new driver. I had debated whether or not I would let him drive the car. I had convinced myself that the cost of adding him to the insurance (raising my rates by $6000.00 a year), and the fact he had a high probability of getting into trouble were reason enough not to let him. Sadly, however, the real reason was that I didn’t want my new treasure ruined by someone who may not care about it as much as I did. My drive home was my first run at what today has become a significant change in life for me.

As I drove home, I did some self-reflection, I realized what it would be like if my father came home with a “cool” new car that I couldn’t drive (this is something my father would have never done). I quickly called and added my son to the insurance and allowed him to drive. We each enjoyed stories about our experiences driving the car. Later I learned two funny stories: 1) The fastest I ever drove was 123 miles an hour, my son, 165! 2) One day I was hand washing the car (it never went through a car wash) when I noticed the bottom of the bumper was smashed in with the engine cooling vent dislodged? Do you know anything about this I asked? No… I learned he was outrunning a police officer through a neighborhood and bottomed the car out in a drainage ditch… Both of these stories reminded me of taking my father’s car a little faster than I should and…..

This seemingly simple gesture really became much more than I imagined. It allowed me to place a small seed of therapy into my heart. I had great satisfaction in seeing my son’s enjoyment in having the opportunity to drive an amazing car and in me personally realizing how much he meant to me. I am swelling inside with joy for my choice knowing how different this could have turned out if I had’t taken my friend on a ride.

Recently, I have realized I may not be as normal as I have felt, or that I live with something that because now realized; will make a significant change in my life.

It is believed in our society that a third to one half of all adults have a compulsive disorder. The term is OCD or Obsessive-compulsive disorder. OCD is an anxiety disorder that may be difficult to self-diagnose. The disorder produces unusually high uneasiness, apprehension, fear, and worry. Another characteristic is repetitive behaviors defined as nervous rituals. In my life I have received criticism for doing “reruns.” A rerun as defined by doing a repetitive action over and over such as standing up and sitting down, retracing steps, opening and closing doors, touching an object, excessive washing or cleaning, extreme hoarding, checking and rechecking, counting steps, wanting to end on the same foot at the top of stairs, and making sure things “line up.”

When living without the observations of others, life really doesn’t seem to be that unusual, but when someone innocently suggests, “Why did you just do that?” You reflect and wonder yourself. I could offer several examples, but here is the most recent. I was walking down the hall with a friend on flooring that had alternating colors. I was only walking on one particular color (unknown to me). My friend said, “Jaren, are you purposely avoiding stepping on the lighter colored tiles?” I said, I don’t think so, beginning to walk on all tiles while thinking to myself, “Was I seriously only walking on the dark colored tiles?”

Other examples of people with OCD are that they have an aversion to particular numbers. I can’t tell you how weird this is for me. I favor numbers over others, have those I don’t like, and find myself at the microwave, or gas pump wanting to use/end on even numbers. OCD sufferers pay attention to detail, are careful planners, and have an exaggerated sense of responsibility. Little things really throw someone with OCD into a tail spin. If things don’t go as planned, if they are thought to disrupt patterns, or if they put into disarray organized structure; high levels of anxiety enter into the emotion of the sufferer. Even though there are feelings the thoughts are irrational; they persist despite efforts to ignore or confront them.

As in other learning experiences in life, when we truly become aware of how we function in our every day activities; we need to make serious deep inner reflection on how to improve ourselves. My new car story is told as an easy example of how “things” aren’t more important than the people in our lives.

I won’t go into detail on “my significant life changing event” other than to suggest it was similar to driving with my friend, but multiplied by a gazillion… I will offer it has caused me to reflect intensely on how I act in certain circumstances, much like when my friend asked about what tiles I was walking on.

I believe individuals who are yet to discover what the symptoms of OCD may be doing in their lives, they may innocently go through a life with what appears to be relatively normal experiences. Yet, after the light turns on and you look back, or begin stepping on all colors; you clearly see how the disorder has affected relationships, and/or created unnecessary emotion in every day life experiences.

Like placing more value on the car than the people in my life, I put my fixations of order or other obsessions above the relationships of those I care for. In learning this, and like coming to the realization my son should drive my car which turned out very positive; I have purposely tested myself in overcoming this disorder. I have placed myself into situations I realized have historically caused heightened anxiety, knowing people are more important than anything such as time or order, to realize significant peace and joy in the experiment. Every circumstance to date it has been an extraordinarily positive experience, one that had no outcome preconceived by an OCD mind!

I realize I am not young, I have lived life with what I feel is OCD lying just under the surface. However, it is extraordinarily exhilarating to realize that it is not only okay, but that there is tremendous satisfaction in living free of the burden carried by irrational anxiety. Will there be set backs? Of course, as in with all learning in life, but realization is our first step, and knowing continued experimenting with positive outcomes will prevail gives me hope.

The car has come and gone, but my relationship with my son will never end. Nothing perceived at the time I debated whether or not to let him drive would have ever held more value than my love for him. Now knowing in my heart this principal exists in my everyday interactions, places my relationships over fixations of order, etc. There aren’t words to express the freedom I have gained through eliminating my thoughts of uneasiness, apprehension, or worry thought to be aimed at reducing anxiety; when in fact, it was these that created the emotion.

It is as if a heavy burden has been lifted from my shoulders. I have written of how life altering events have turned the coarse of life for many, such as those who suffer with addiction. As I look back, perhaps I could have learned this life lesson earlier, but I didn’t. I pray that someone out there reading this who has similar characteristic as mine may feel the significance of what I attempt to share, and like me come to a realization before it is too late. Things come and go, time passes by, but our family and friends are here forever. It is they whose value exceeds anything we rationalize as more significant!