Is there a common thread among the healthy, wealthy and wise?

If I told you there is a way for you to live happier, healthier, accumulate wealth, and build social status, would you be interested?

What if at the same time you could boost the educational performance of your children and lower your chance of becoming a victim of crime? Do I have your interest piqued even greater?

Finally, what if in addition to the above-mentioned opportunities, you would realize higher civic participation, enhance your volunteering activity, and lessen any need for public assistance? Is there anyone reading in whom I haven’t created a mild case of curiosity now?

In 1931, James Truslow Adams coined in his book, “The Epic of America,” the concept of “The American Dream.”  He stated, “The American Dream is that dream of a land in which life should be better and richer and fuller for everyone, with opportunity for each according to ability or achievement… a dream of social order in which each man and each woman shall be able to attain to the fullest stature of which they are innately capable, and be recognized by others for what they are, regardless of the fortuitous circumstances of birth or position.” My contention is the “American Dream” by Adams contains as an essential element: the opportunity for each of us to own our own homes. Homeownership through many independent studies, over many years, has proven to provide all of the benefits discussed above. Let me take just a little time with you to cover some detail on each of them.

Homeownership, in addition to the benefits I cited above, accounted for 14 percent of the 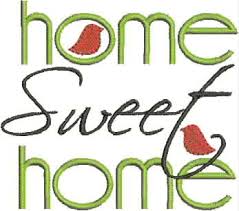 United States economic activity in the housing sector alone in 2010. Homeowners’ real estate holdings totaled $16,500,000,000,000.00 ($16.5 trillion, included 000’s for effect). This is after all the devastation we suffered in our “Great Recession.” If we subtract liabilities, the net value (equity) of American homeowners in 2010 is $6.3 trillion—astounding!

If we go back to the turn of the 20th Century, American’s homeownership rate was below 50%. It has gradually increased to a record high in 2004 of 69% and is currently hovering around 65%. One major benefit is the stability homeownership provides to a community. A homeowner moves far less frequently than does a renter. The difference is staggering; a renter changes residence 6 times as often as do homeowners. Homeowners who do move cite they do so first: to a better home or neighborhood, second: for family reasons, and lastly: for employment.

Homeowners have positive impacts on their children in both achieving higher levels of education and reducing deviant behavior. Studies show that home purchase is one of the largest financial decisions we make; homeowners tend show greater responsibility through managing the financial commitment and maintaining skills required to handle the payments. Additionally, bad behavior which would detract from the value is minimized in the home, and parents help “police the neighborhood,” eliminating similar activities outside. It comes to reason that with children reaching higher levels of education, their earning capacity improves as well.

Children who grow up in a home which is owned have a much higher probability of becoming a homeowner. Part of our society’s push to improve learning should include a strategy to promote homeownership.

Civic duties increase as the natural move from spending time and money maintaining the home spills over into interest in the quality of the surrounding community. The political process is also improved as incentives to protect the neighborhood are managed through concern over who is making community decisions. Homeowners vote at a much higher percentage (nearly 50% more) than do renters. As well, homeowners know the names of school board members and elected officials twice as often as do renters.

Volunteering increases, as does attendance in churches. The reason suggested for this is simply that the stability of the homeowner equates to their interest in engaging in the community; this comes in a variety of ways.

Ownership includes the feeling of individual autonomy through possessing our own property. Wealth is created with the appreciation of the asset, which over time has proven to be reliable investment. Homeowners are better able to deal with financial setbacks or deal with being laid off because they can access their equity. This gives communities self-reliant citizens who don’t require as much public assistance.

As people become homeowners, they are likely to have higher life satisfaction, higher self-esteem, and a higher perceived control of their life. The homeowners develop a sense of being able to do things as well as anyone participating in stable relationships. Homeowners feel self-fulfillment, having reached the milestone of achieving “The American Dream.”

This entry was posted in Life and tagged health, homeownership, wealth, wisdom. Bookmark the permalink.