It is an honor sir! 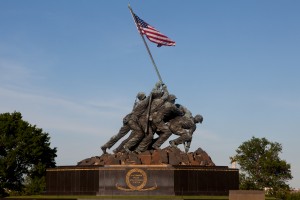 Every once in a while we run into a hero, one who when identified —points their finger away—giving praise and recognition to others. This remains true with our local hero, Craig Davis! He is both a friend and leader of exceptional character. Craig was chosen to find areas of service where people in need can find satisfaction in service from capable groups or individuals. His mind immediately drifted toward an effort he has been involved with for years, the “Fisher House Foundation.”

Years ago, I believe 1991; Zachary and Elizabeth Fisher realized our active Military and Veterans needing medical attention were often burdened by the expense of travel while seeking care. Family members were either left home, or unable to stay in acceptable living environments while waiting for healthcare. This was primarily due to lack of resources. As you can imagine, this didn’t sit well with the Fishers; they couldn’t see how those who had dedicated themselves to our freedoms could be left with this seemingly insurmountable burden. Their resolution was to build housing where our service men and women’s families could stay without cost.

Craig learned that while the housing is provided, there often is a need of meals. From the inception of the Salt Lake Fisher House, Craig has provided meals. His service became a passion; his passion became a call to action. He has now shared the opportunity of service to large and small businesses, non-profits, individuals, and families.

What was most intriguing to me was to feel of Craig’s heart when he shared a personal experience. It is common for Craig, after serving a meal to as many as 40 family members, to thank the service personnel for their sacrifice. He commented that these men and women are fully committed knowing they are engaged in life threatening situations. Often those in attendance have been disabled through their service. What was shocking, yet understandable was the response Craig gets. “Sir, it is not a sacrifice, it is an honor!”

Oh my, tug on my heart strings! No wonder Craig has fallen in love with service. You see, he too is doing something of honor, something that brings joy and satisfaction beyond words of description. Craig, thank you for opening the door of opportunity for us to serve with you, thank you for giving us a chance to play a small role in the lives of those who have given willingly, and thank you for your heart of service and friendship…

This entry was posted in From friends and tagged craig davis, fisher house, helping hands, service. Bookmark the permalink.