It was commonly thought that not much could be worse than our circumstances while fighting war in Vietnam. Many of us were young having left comfortable homes in the US. Not a single comrade of mine felt secure in our surroundings. Life was tough at best! Imagine the change of surroundings leaving the good ole USA to find new living conditions in a third world jungle where you are the enemy of the people.

Yes, meals were bad, sleeping worse, and housing at best a long term campout. Yet, the most intense times weren’t what I’ve described, they were found in the heat of battle which occurred much too frequently. My squad led an ambush team mostly charging the Vietcong, but as war often goes; we found ourselves on the wrong end of pursuits as well. 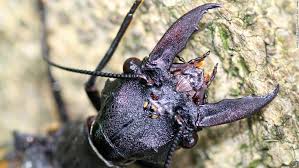 I remember days where we would lie motionless, mostly due to the intense fear of death as the Vietcong would march in chase unaware we were merely feet away. The smallest of notifications from any of us would prove deadly. I would sit for hours so well hidden that creepy crawly things, often large, would lumber across our faces. In any other circumstance screaming with a complete loss of dignity would be understandable. Not here though, these inconveniences paled in comparison to the alternative. 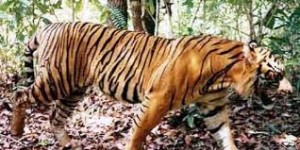 It wasn’t merely those jungle creatures that would harass us either. On one afternoon we had a 450 pound tiger linger through our hideout. He was foraging for food for which we would have made a decent meal, yet it kept looking as if we weren’t there! We were close enough to reach out and touch its unbelievably beautiful coat which was worthy of the best National Geographic picture ever taken.

The above story was told by my friend (Pete Peterman) who came to visit me the other day. I have never served our country in this capacity nor do I have regular interactions with those who have stories such as this. I felt deeply of the sacrifice Pete made as he shared his story. However, what Pete learned is even more interesting.

You see as Pete walked into my office, I immediately noticed how well he looked. He has been dealing with a terminal illness and many days have been bad for him. He mentioned others too had commented on how well he has dealt with issues such as chemotherapy. As we can all imagine, he reminded me that death is primarily on his mind but that a close second is how well he is doing with his disease. He believes that he is able to more effectively deal with difficulties because of his life experiences. He knows many of his remarkable accomplishments have come through knowing he can do whatever he sets his mind too. With his current trial, he realizes the creepy crawly things are now walking throughout his body.  The tiger, maybe now cancer is again death walking just beyond his reach. Pete’s desire was that others could see the power of our minds. His life has led him to realize we can do anything we set our hearts to. It may not be that we need to overcome similar trails, but as ours come; we gain knowledge of our abilities by pushing beyond comforts.

Thank you Pete! It is always good to see you my friend…

This entry was posted in From friends and tagged heart, overcoming, trials, Vietnam war. Bookmark the permalink.