It was finally here, we were headed to the Elton John concert held at the Energy Solutions Arena. A little anxious, I brushed my hair and touched up eyeliner as Jim yelled, “We need to get going.” Elton John is older now and perhaps lacks the crisp vocals of earlier years, yet he was the first concert we attended together while in high school. This was 40 years ago. We couldn’t wait; nostalgia was weighing heavily on our hearts.

Jim hadn’t shared any details, he wanted to surprise me, but seriously; front row center aisle? It was the same seats we enjoyed all those years ago. My heart warmed and it felt as though it was only yesterday. As Elton John took the stage, only the aging and slight variation in his voice were indications time had passed. He was remarkable; as he sat playing Tiny Dancer it seemed everyone in the audience stood swaying in perfect cadence. 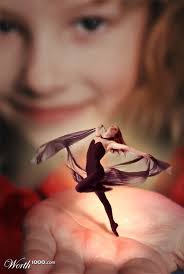 It was then that I first noticed a man perfectly dressed, in a pressed suit, sitting in the same seat across the aisle from us. He remained seated looking directly at Elton but carrying a solace look on his face. The entire body of human beings seemed to be engaged as the entertainment rang throughout our unified souls. I couldn’t help but occasionally look over to see if he had changed positions. He hadn’t.

As the concert continued, other songs created even greater emotion, yet this man remained constant in what I would describe as a helpless look. I reached over to Jim and said, “I want to go over and see if everything is okay with this man.” Jim asked that I leave him alone, “Perhaps he is content in absorbing this music in a different way?”

My heart cried out for him, yet I could understand Jim’s feelings. Toward the end, but not before the concert ended, this man got up and walked off. I naturally assumed he needed to use the restroom. As he walked by, I could tell his attention to detail was perfect. He smelled good and was nearly perfectly groomed. I raised my arm reaching out to have Jim kindly hold me back, “Let him be.” I remarked to Jim that when he returns, and after the concert, we should approach him in an act of friendship. Jim agreed. This man never returned.

On the way home, nearly the entire conversation revolved around memories of times passed and how beautiful life is. We are so blessed; time has been good to us. We thoroughly enjoyed ourselves with one minor regret; not having said a word to this man.

The concert was on Wednesday night. As Jim and I sat around our Sunday breakfast table while reading the morning paper, Jim seemed to stop breathing for a minute. I looked up; he had a blank stare on his face with eyes and mouth wide open. As words started to fall from my mouth he preempted anything I could do, “NO WAY!” What Jim? What is it? My heart sank as I couldn’t even imagine what he could have found in the paper. I jumped from my seat to see he was reading the obituaries. What Jim? What? My eyes were racing through the pages as he speechlessly pointed.

It was the man who had sat by us at the concert. He had taken his life! Neither one of us could talk as we sat with heavy hearts. My mind raced to feelings of believing I could have made a difference. My first words were, “No Jim, please, noooo! My heart was directed to reach out to another in time of need and I didn’t do anything about it.”

This story isn’t about responsibility. No one will ever know if there anything could have stopped this tragedy. We can’t blame this circumstance on the couple enjoying a concert. Many who commit suicide do so with no indication whatsoever, even to those whom they are the closest.

I write this to bring our attention to the fact that our hearts are often drawn to need. When we find ourselves drawn to another; we should act. There is no dialog or routine, it may be nothing more than, “are you okay,” “can I help you,” or even sincere “you look nice tonight.” These words offered could open doors to great understanding.

As you move through life, keep an eye open to the heart that directs you toward those who may merely need your warming smile.

This entry was posted in From friends and tagged elton john, heart, suicide, tiny dancer. Bookmark the permalink.