Have we truly understood or properly prepared for the movement of the largest generation coming into our ecosystem? Incidentally, this will occur simultaneously as the second largest generation is preparing to retire? If not, it could be detrimental to long term planning and infrastructure. I find comfort in learning there are similarities throughout all generations, and this is what allows for stability in the growth of our communities. I think we are ready, perhaps just haven’t understood.

The Millennials represent over one quarter of our nation’s population (83.1 million). This age group is between 15 and 33 years old. They are of age and approaching major life decisions. Unfortunately, many of the answers we have believed to be true have come from parties who assumed what this generation’s behaviors would be. We’ve heard this group is impatient, learn by experience, are multitaskers, and know nothing more than the digital age. It is said they put off life decisions and are inclined to find contentment with the status quo. We need to get their answers right, as this group moves through life choosing career paths, making family choices, and selecting housing preferences; they will impact our market more than any other generation.

Our Baby boomer generation represents nearly one quarter of our nation’s population (76.4 million). This age group is between 51 and 69 years old. They are approaching their retirement years dealing with questions that will have major implications on our industry, the economy, and our labor force. Where will they live and in what type of housing product? What consumer products will interest them? Will they work into typical retirement years making up for lost ground after having suffered from their losses in the Great Recession?

As a father of four millennial children, I have often stared at reports—bewildered—as to how some of the markets conclusions were presented. I’m a Baby boomer, I’m sure I would have been entertained at how the preceding generation had predicted where our life choices would fall. I will tell you, at the time, my mind was somewhere other than worrying about what the older people thought about me. This is right where this generation is today. An example is that my parents were politically active; this activity didn’t cross my mind at all. Today, I am politically active as my children scratch their heads. I know I will see the day they engage as I have.

As business minds prepare for the tsunami of Millennials entering the market, we must do more then assume how, when, and where their purchasing power will move through the ecosystem of our communities. The prevailing hypothesis anticipating this purchasing power suggests this group will be transported by mass transit, car-share, and even chose to ride bicycles over having a personal car. Their predisposition toward housing will be condos, urban apartments, or show inclinations toward shared living space.

I have found comfort and satisfaction in recent publications which have offered a different view evidenced by recent behaviors. It’s obvious if studied that we as people hold more in common than different across all age categories. Each generation carries with it similar traits and behaviors. This isn’t to say that “The Greatest Generation” isn’t remarkable for having saved the world through fighting a world war. That is unique to them. Every generation steps up when called on and there will be differences for each. Some have seen wars as suggested, others economic booms/busts, others will see technology breakthroughs and social movements; these give rise to new opportunity. Even with this, we fall back on our generational similarities as life choices are presented.

Great news! Millennials are acting more like we did than ever believed. The dialog of what they would buy, when and where may have been wrong. Where did these discussions and differences come from? The interpretation of delayed decision making was right; the why wasn’t. People thought Millennials didn’t want this or that, when all they were doing is reacting to the world they lived in. If our Greatest Generation grew up with war and dealt with the ramifications that come from those fears; our Millennials grew up knowing nothing more than life in the Great Recession. Their delays weren’t lack of interest or interest placed somewhere else; they were merely figuring life out! Survey’s now show they are moving to suburbs and wanting to live in a single-family home. No, we haven’t seen the last of a fenced yard and two car garages because they too are buying cars. Not necessarily the Prius type, but SUV’s and sports cars.

Technology is theirs, they know little of a time without Facebook, 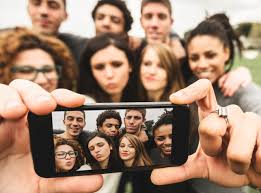 Twitter or having a ride on Uber. But as with each generation before, they are mimicking their parent’s values. What is now left for us is to prepare. As the economy recovers, they will place great demands on our industry; demands never seen before. Get ready! It will be a great ride…