Sunday rant from an uneducated deplorable: I have friends (intentionally left unnamed but they know who they are) who amuse me endlessly. They spew hate and misguided information about the Presidential race perpetuating the media and establishments partial portrayals of history. They never check sources, and I bet they don’t even fully read the fake web articles they find and share. When either me or a commenter replies with the “real story” they dig into another untruth with no response to the first. If ever asked why one should vote for their candidate they never—no not once—ever give an answer.

Bernie had a following which may be described best by Forrest Gump- stupid is as stupid does. Why am I so critical? Robin Hood as we know stole from who he felt had surplus giving to those those he felt were in need. In these “robberies,” individuals were hurt but 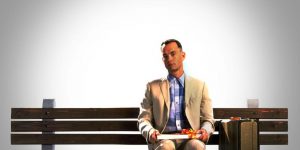 no one is robbed perpetually because they set up barriers. In business, if the government takes from those they deem to have surplus; this isn’t a single unplanned event. Those companies then need to address the cost: raise prices, stop production, or find a new place to do their services. Free tuition and healthcare caught on with Millennials. Bernie had a loyal following; they don’t know the consequences. The DNC teamed up with Clinton to defeat him but knew they too needed a giveaway to both keep these voters and solicit new.

Emails were found (yes not all are missing and more are coming) suggesting Clinton felt Bernie followers were blindly supporting but that they needed something to draw them in. To me, she is about finding voting blocks; not whole country solutions. Think of some: $15 minimum wage, and corporate profit sharing. Great dream for sure, but who pays? It is easy and popular to say the rich as in the Robin Hood story but not realistic. No one gets mad when the “rich” are robbed. They are those “other” people, perhaps even deplorable… yet it is they who are critical to any vibrant economy.

A friend who I will name, Mike Holmstrom because he is exceptionally bright, fair minded, once Republican, and I believe current Clinton supporter shared an idea. He offers Trump supporters have a psychological problem. In reading about it, oddly I find it describes verbatim the majority of the anti Trump group who then by default are Clinton supporters.

Here goes: nearly all Clinton supporters are dealing with a critical psychological ill known as the “Dunning-Kruger” effect — put very simply, when stupid people don’t know that they are stupid — in action.

Example: Why is it some think Clinton won the debate? Well experience could be a benefit for sure but maybe one candidate is a machine and the other a reasoning human willing to go off his insight. Clinton had great one liners memorized to the point they were both robotic and often stated off topic leaving those who truly listened wondering. Is it odd to anyone she can’t remember a thing when asked by the FBI but can remember everything Trump has done for 30 years? It was reassuring to me Donald was simply answering the questions even forcing the moderator to uncover his obvious biases. 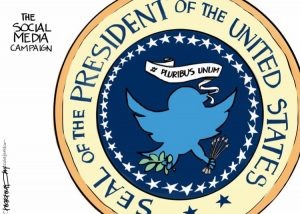 Wow- I mean WOW laughing at who the potential first man would be. Why is Ivanka Trump asked about her father yet Chelsea isn’t? And if Trump didn’t pay taxes and/or declared bankruptcy. These are our laws which incidentally are there to encourage entrepreneurs to take the risk and build business. Is this really that hard to understand? This is where the jobs are and the hope of a better day.

I gave this answer to the question as to why anyone with intelligence would vote for Trump:

Trump is a man of singular political courage. At least he is willing to defy the rhetoric of the establishment and the mainstream media. They unjustly describe him as anti-American for daring to voice ideas and opinions that when listened to make a lot of sense.

Donald Trump is ridiculed mercilessly for saying, “Make America Great Again” or “America First.” This action against government whether here or abroad isn’t old fashioned (I hope)! It is directed to the well being of our country which means each of us. This idea represents the wisdom of our founders; it is our tradition.

A clear vision following this courage is what history has shown made our country “great!” This will not only benefit each of us as its citizens, but prove 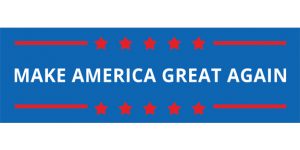 yet again to be the beacon on the hill providing hope to the world. We shouldn’t ever be embarrassed for having faith or living with hope.

Yes, I am conservative. No, I am not so dogmatic that I think the Republicans have all the answers, but in this race the choice is clear. The promises made to obtain your vote are unfounded and—if an attempt to reach them were enabled—our country will suffer.

No, my response isn’t about years of lies, emails, Benghazi, the Clinton years or a foundation defying all Clinton seems to hate, but a fear we cannot survive what her ideas would do to our collective well-being…

This entry was posted in From friends. Bookmark the permalink.