Beautiful twin sisters were out late one night with friends. Nothing unusual occurred during the evening, but memories carried were that they all enjoyed each other’s company. Small talk occurred among the group as their vehicle traveled home on a nearly empty city street.

In the same neighborhood, and just over the fence on the street the teens traveled on, a surgeon and his wife had lain down to bed. They too had spent the night with friends perhaps having had similar memories run through their minds.

Suddenly, the couple heard a loud bang followed by crushing sounds of metal moving down the street. Sitting straight up in bed the Doctor suggested to his wife, “There has been a horrible accident; I must go see what I can do to help!”

He was right, the teen driver had lost control, and in an effort to correct course his car slid into its side beginning to flip. The teens weren’t speeding, but on a street with a speed limit such that it caused the vehicle to roll repeatedly as it gradually came to a stop in the middle of the street. As the car rolled, two of the passengers were thrown from the vehicle while the others tossed and turned inside hearing breaking glass and realizing crushing blows.

First on the scene was a woman who was traveling just seconds behind the car. As she walked onto the scene—somewhat in shock—the physician came running up to the car in a bathrobe and slippers. His natural instinct kicked in as he began to perform triage on the situation. What he saw was a car containing teens that seemed confused, but appeared to need less medical attention then the two who were outside the car lying on the pavement. He knew the escape of the trapped teens would need to be facilitated, but wanted desperately to check on the others first. He kindly suggested to the woman, “I feel it is important that I check on these other people first.” As he raised his arm pointing in the direction of those who had flown from the car, “I need to see if their needs are greater. It is important that we get all these people out quickly as you can see there is a fire building near the gas tank. Can you do that please?”

With that he fled to the others finding that they had received terminal injuries. This only took minutes as he then hurried back to assist the woman he had left temporarily. As he approached the car, he saw that she had helped everyone out but one. She yelled to him as he neared “there is one girl who is trapped” asking for his help. The only thing he could do was to crawl in the car with her to see what could be done. Once inside, he found that her hand was caught between the pillar and the doors window frame. He was nervous about the ensuing fire, yet wanted to help in a way not to do further damage her fear filled body.

He spoke with the young woman finding she had calmed in his presence. He suggested he was there to help, asking if there was any further bodily harm she was aware of he couldn’t see. Nothing was noted other than the unfathomable shock and fear that engulfed her. After hearing this, the doctor began working on freeing her hand. It was clearly crushed in a fashion making it nearly impossible to remove. He tried to comfort her as he tried different ways to help. At this point the fire had increased to the point of smoke making visibility and communication difficult between the two. He knew time was limited for both of them as fuels could easily combust without notice. The best option for survival was to apply full pressure to remove the hand at what could be high cost (potential loss of fingers or damage to the hand), but far less then another loss of life. “You need to trust me” were his next words, “I need to pull your hand with all my might to free you and it will be very painful!” To his surprise she said, “Go ahead, I am ready.” He felt as if she were closing her eyes as she spoke these words, but he couldn’t see. What he did know for certainty was that her courage was significant.

What happened next may be the first noticeable miracle of the night. As he pulled, after 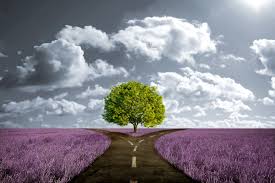 having tried many different ways with slightly less pressure, the hand slipped out and they were free. Just as both climbed out of the car, it blew into flames to become nothing more than black melted piles of what was once a car.

After the accident, the physician reached out to the brave young lady asking to see her in her hospital room. Once there he asked the family if he could meet with her personally. They had no idea what he wanted, but being so grateful for his heroism they obliged willingly. As he entered her room—after both subconsciously recounted there experience together—his first words were, “thank you for saving my life.” She sat bewildered believing it was he who saved her life so she was confused. You see it was her twin sister was one of the two who lost their lives that night, so she was particularly sensitive to his life saving actions. She remembered when they both stood in amazement at the car engulfed in flames just seconds after they arose from the entrapment.

Why do you say that? She asked sincerely. Well, I had made myself a promise that I would stay in the car with you no matter the outcome. When I asked you if I could your hand free, I knew that if you said no, we would meet a certain death. Your bravery saved us that night; thank you! She then quietly asked “do you know how my hand freed so easily?” No, but I do believe in miracles. It may be we simply received a tender mercy. Whatever it was; it saved our lives.

Not many of us can imagine the pain this young woman, her family, or friends must have experienced. Her loss is beyond words; her survival is a miracle as described by the doctor. This miracle may have never happened if this service minded physician didn’t offer help. Did her sister play a role in the rescue? I have hope she did.

Yet as in any hardship, there is a lesson in this story we can learn from. Intense grief can’t be broken down by words alone; it is through shared grief healing occurs, which then makes our words significant. Reach out to those in need, particularly grief stricken, and brokenhearted. Hold out a hand of love, offer a comforting embrace of compassion, shed a tear of common sorrow. Over time wisdom will transform pain into understanding, but for now support is needed. God bless this family who is surrounded by love during this difficult time.