Throughout most of my life I had never been able to understand how mobs could gather undertaking the things they do. As I would read stories of the past, I would marvel that—in their time—individuals were filled with enough hate to set out doing things they did. Too, I could never get my arms around how these people could possibly be so misguided. Granted, I didn’t live in their time and have the fortune of seeing backward with 20/20 vision; yet I still was without understanding.

I realize we suffer with similar gatherings today such as when terrorists execute Christians. Yet, it still escaped me on how or why. In my heart I would ask: What were they thinking? Who led them to believe the falsehoods they held passion for?

That understanding quickly changed for me when a single individual rallied a mob behind falsehoods toward me. I had presented a plan to a city council who expressed excitement for what I could bring to the community.  Together we prepared to present to the residents. What we soon learned was that we were ambushed by a very evil self-interested individual. There was so much hate garnered from the misinformation he shared that my wife and daughter (who attended the meeting with me) feared for our lives. Yes- we were here in a community along the Wasatch Front. Not a single person would listen to reason or hear of how the information they held was wrong.

Mayor Troy Walker of Draper met a similar fate in leading with his heart. He believed his 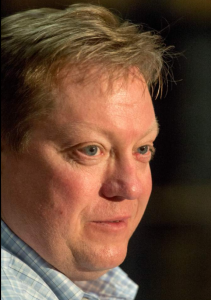 constituents held similar values and would gather around him in finding solutions to societal needs. Needs other cities had dismissed? Bravely, he offered his community as an answer welcoming an opportunity to help to those in need. Much like Biblical stories used as examples of love. Giving a hand to the man traveling from Jerusalem to Jericho. Stories the Greatest among us lived as virtues by His example.

As I watched the ungodly attack on the Mayor, his idea, and even an individaul in need; I lowered my head in shame. Unfortunately, I wasn’t surprised having gone through a similar experience, however I remained in disbelief. You

see, I had just read a story written by Megan McArdle in Bloomberg (http://bit.ly/utahhomelessness) about Utah leading the nation in moving people out of poverty. It is brilliantly written, right on point, and what I daily experience in our community. To then see the evil hate filled mob gathered with closed minds and cold hearts acting uncivilly wasn’t who I had read about!

By percentage, one can successfully argue these nasty people are likely church going and may have family members suffer homelessness sometime. But no they weren’t there to learn or find compassion; they were out for blood.

My only hope is that after the emotion died, they were all uncomfortable with their actions and can find their hearts again. No- not all will. We know statistically the majority of those who act out like this represent barely 1%, but the numbers and incivility are bothersome nonetheless.

After time, many who had acted this way toward me apologized and have suggested my offering was what was best for the citizens (their neighbors). Whoever hears these stories? Mayor Walker, I hope you do! You are a good man and acted as we all should…