Why do I support Greg Johnson for House seat 46? 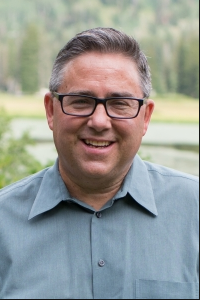 Because Greg will effectively represent us and our current representative is underserving our area.

Over the last decade in which I have had the opportunity to get to know Greg, I have found him to be a remarkable person. To begin, he is a dedicated father sacrificing for the growth and development of his four children. He is a devoted husband to Jill who give of themselves unselfishly. Greg is a man of faith advocating for all walks of life and is ready to assist anyone who crosses his path in need. For those who have met him personally, you understand that he carries a charismatic personality infecting people with hope and happiness. I know his skills along with a deep conviction of integrity will build strong relationships as he serves our community.

His default is toward conservative principles having learned from parents who believed in self-sufficiency. Life has proven to Greg that government serves us best by giving a hand up rather a handout. That governing doesn’t mean getting in our way but allowing the free market to operate effectively. He knows that through civility, we learn from differing views so that compromises reach an end goal of mutual benefit. Greg’s life work has shown ways in which bridges are built by finding commonality. When elected, I bet that he will quickly rise to leadership roles enabling our area representation which you will see from my perspective as sorely been missing.

About our current legislator

Serving the public is hard at best. We owe Marie a sincere thank you for dedicating her time. We characterize her as “a nice person.” Unfortunately, nothing more nothing less.

Within the boundaries of our district, we have remarkable leaders who could do so much for our area. Greg is a perfect example as shown above! Having a nice person has gone on far too long. We need a legislator who does more than fill a seat. Recognize in addition to her lack of leadership skills, a member of the minority party doesn’t participate in critical caucus meetings where important legislation begins. Additionally, Marie’s committee assignments fall into meaningless roles providing no serious voice for our area.

A greater argument than discussing her credibility would be engaging in a healthy discussion on her perspective in advocacy. Her default vote falls critically short of our needs. Perhaps better stated, is counter to the majority of our areas ideals. Many argue our area is moderate leaving open the door for someone of her “perceived” voting interests. I suggest Independent may be the best description for our voting block. Have you ever asked yourself why she doesn’t put her party on campaign materials? My belief is many feel she has similar interests not paying attention to details.

Her record, which is readily available online may offer some insight. From a thirty thousand foot view, let’s look at a couple of things that push well beyond Independent voting tolerances. First, we care for our children, those unborn and through young adulthood. Planned Parenthood has given Marie a one hundred percent rating. Her votes have included a stand against legislation that would have prohibited abortions based on a diagnosis of Down Syndrome (HB 205). I wonder if she has ever visited with special needs children or their parents? Whom of these persons would she have felt were worthy of being aborted! She was absent when HB 461 came to the house floor which sought a 72 hour waiting period to get an abortion and voted against HB 171 that requires abortion clinics to be licensed. Waiting periods improve the unborn child’s chance of survival. Her standing with Planned Parenthood is troubling to both Pro-life and moderate Pro-Choice voters.

Law enforcement rated her an F, and Immigration Reform an F.Marie voted against legislation that placed stiffer penalties on human trafficking (HB 136), against extra protection for police (HB 20), and a clearer identification for undocumented immigrants (HB 70).

The UEA has given her a one hundred percent rating. We won’t say this is bad unless we take into account Marie doesn’t favor school choice with Parents for Choice offering her a paltry thirty percent grading. If you believe free market principles could benefit our schools, then she isn’t your candidate having voted against SB 73 which eliminated requirements on schools from having to terminate more recently hired persons over tenured teachers. Is that intuitive to an organization who wants to keep the best employees?

If the second amendment of the United States means anything to you; don’t vote for Marie. On guns, she enjoys a seven (yes that is a single digit) percent rating. An example here is she voted against legislation that would have extended clear understanding on the use of a firearm for self-defense (HB 259). If healthcare affordability has meaning for you, note she voted against a Senate bill that allowed for the crossover of state lines (SB 298). What’s wrong with extending the waiting period for a divorce Marie? Statistically, hearts change which is good isn’t it? She voted against HB 316 that extended filing for ninety days and didn’t eliminate the provision for extraordinary circumstances. These limited provisions are designed for when a timely divorce would eliminate harmful situations for either party.

I hope that you will join me in supporting Greg Johnson, candidate District 46 for the talent he will bring to our state legislature and his ability to fill a need that has been missing for at least ten years.

This entry was posted in Leadership. Bookmark the permalink.