“These children have nothing and are happy.” 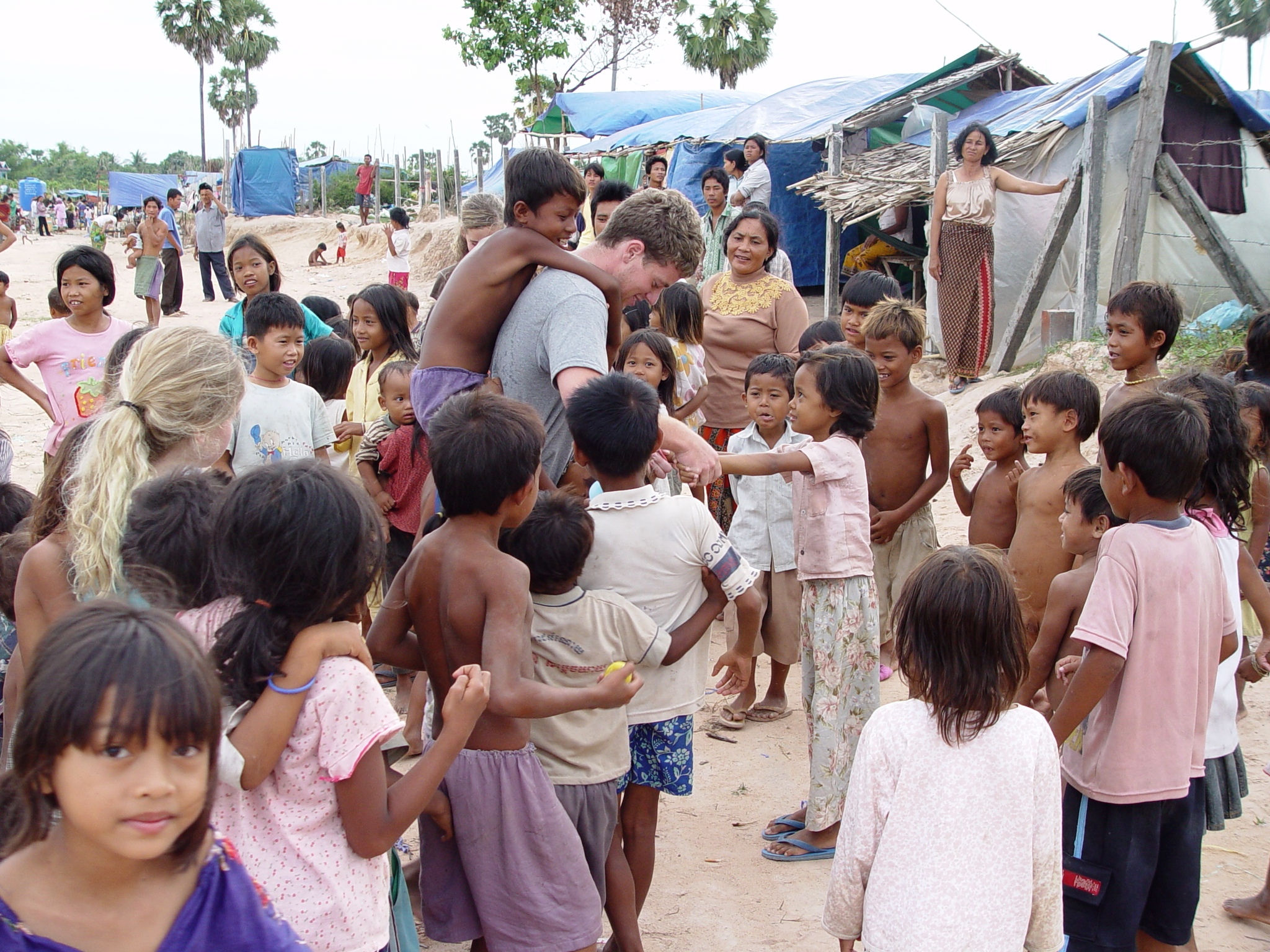 The other day I pulled up some notes I had written while attending a meeting where Newt Gingrich spoke on leadership. In that gathering he addressed some points which not only enable authentic leaders but also allow for a better life for everyone. In this simple review I glanced at a list of his points which included gratitude. This gave me cause to think of a time our family was in Cambodia together visiting a relocation camp.

My son Jake quickly became the Pied Piper of a village we visited as he walked the paths between tent-like structures, playing with and encouraging interaction with the children. As more and more children gathered and followed Jake through the area, he stopped in a large opening. This area is where the camp was preparing for more families to set up their residence as they arrived from the jungles. Here Jake began twirling children, giving them rides on his arms, laughing with them, and teaching them new games. Many gathered, and it was very evident he would tire as there were at least 100+ children and growing. It was as though they were in line at Disneyland to take rides on the latest attraction.

After this event Jake said to the family, “These children have nothing and are happy.” This comment hit us all very hard as we, too, were having the time of our lives; yet we were in a place that perhaps our peers would call scary, boring, or dirty as there was nothing there at all. There was no store, restaurant, or medical facility. Neither were there any permanent structures, nor water system, nor lavatory, nor street, nor sidewalk, nor park, nor cars–nothing at all, just bamboo structures with whatever the families could find to make a home. Everything they owned was set out for everyone to see. The food–whatever crawling things that could be gathered–was laid onto a plastic tarp for whoever needed something to barter for it. This tarp had bugs, snakes, frogs, and anything that moved, just sitting out in the sun with flies all over it, waiting for someone who wanted it. Jake’s comment was right on—they had nothing as the world might see, truly nothing.

Gratitude opens the doors for the fulfillment of life. Often while racing through life we admire or even covet what others may have or what we think they have. We may think they have the perfect life or that they have it made. “If I only” enters our minds. These times of envy place us in circumstances where we may feel inferior or less than we are. The jealousy of not having puts us into a place of depression even if it is just so slight. The reality is that more than likely these people are making the same examination of us or our surroundings. Off goes the human race, chasing its tail!

What if our hearts were in a position of self-reflection, of thinking of all we have, and of showing gratitude? While in this state of mind we will realize what we have is not only enough but also perhaps even more than we need. We then gain a grateful heart, thinking of others who may have less, and offer to them part of what we have and enjoy, which unsurprisingly expands our world.

Inner reflection and gratitude may take us from thinking “I wish I had” to “I can not believe what I have.” We may realize we have more than enough and offer assistance to those in need. Would reflection on what we have vs. what we think others have change the world? I believe it would as there would be less perplexity, more approval. Perhaps simple things. such as a house becoming a home and strangers becoming friends as Jake did this day with these children, will evolve into less becoming more.

Live a life fulfilled and reflect on the things you have with gratitude. This will open doors and generate visualization for others to follow.

This entry was posted in Stories from people I meet. Bookmark the permalink.