I am not a scientist nor do I claim to fully understand, but I do care enough to have a basic knowledge. Please, where I am wrong address it with me; that is how I learn…

I was asked in a fb post whether or not I believe in global warming: This is my answer

Global temperature changes have occurred throughout the history of our planet. We don’t 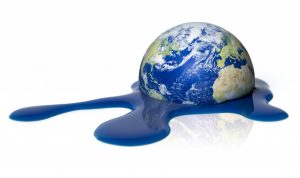 need to go back as far as the ice age to see the extreme fluctuations that have occurred. Greenland was cut off by ice from 1410 to 1720 as glaciers advanced in the Alps. There was a “little” ice age from 1650-1850. And then in 1973 some scientists believed the globe was cooling. In an attempt to address the issue Carter asked that we melt the polar ice caps to avoid the loss of agricultural production and run out of food by the 1990’s. I will agree this came about as there was a slight trend downward in temperatures from the 1940’s through the 1970’s and that science now has much more accurate equipment today, but fact is we had warnings.

This early and possibly inaccurate portrayal of science, by political figures, is why some wonder today if there is a political agenda at play. Carter also suggested we were running out of oil which was followed years later by Clinton. With the technology science enjoys today, we not only can see an upward trend but can test sea levels and take pictures of the ice caps from space.

So the question is the amount of human contribution to either cycle the earth is going through at any given time in history. The suns energy warms the earth through the light passing into our atmosphere. The heat then radiates upward as it escapes but when “greenhouse” gases exist—in higher than normal conditions—the heat is radiated back again to the surface warming our planet yet again. The earth sustains an average temperature of 59 degrees which is termed life-supporting. Some warming is directly related to output from the sun which varies slightly but not enough that life has been threatened or lost.

The components that affect greenhouse gases are: Carbon dioxide, Chlorofluorocarbons, Methane, Nitrous oxide, and Water vapor. Of these, water vapor is the most abundant gas. Unfortunately as the temperature rises this gas increases naturally and is where we get the noticeable changes in precipitation. Carbon dioxide (Co2) is the place most of the discussions lay and politicians popularize our ability to make a difference. Fact is, Co2 plays a minor role and there are factors outside our control that build the Co2 levels. Yes burning fossil fuel plays a part, but a minor part of a minor part. Please remember we exhale this gas as we breathe. Volcanoes and forest fires are the biggest contributors. It has been a little time since I studied this but from memory several individual volcanoes over history have contributed more Co2 then mankind throughout all history. We can’t stop this natural phenomenon– which is fine–but the second largest contributor is fire. Think with me about the fires that burn out west and how they fill the atmosphere in the Salt Lake Valley; even when they are in another state. We no longer manage our forests by removing the dead woods. When the natural process of re vegetation occurs in the forest; fires clear where man could have helped. It has become unpopular to manage. Do you know that after a logging company has taken trees for lumber the forest vegetation is increased 20% and more? Our science hasn’t just improved in reading global warming but on ways we can assist Mother Nature in the vegetation of her forests. I support doing more with fossil fuels, energy efficiency is critical for more reasons beyond global warming, but it can’t be all we do or at the expense of reason.

For the other gases: Chlorofluorocarbons- these are industrial and commercial applications that are no longer in use or regulated. Methane- this is the funny one that farmers have to deal with, in particular cow/dairy farmers. Other producers are landfills and agriculture. This gas is more active in causing negative effects then Co2 but is less abundant/relevant.  Nitrous oxide- organic fertilizers (don’t tell the naturalists), biomass burning, some from fossil fuel, and acid production each contribute.

I hope you ask why I know this. I supported a friend who tried to get a clean burning coal fired power plant approved. I will tell you science does not matter on this issue! His process which was worked on in conjunction with some of our finest scientists at USU was able to leave the environment better then they found it. They took emissions and ran them through and algae leaving no footprint whatsoever. It finally got approved but delays in lawsuits from environmentalist who didn’t even know what they were doing delayed to the point of exhaustion; sadly the goal.

We can do better, I want to be part of helping, but we can’t label specific industries alone which are designed to fulfill political agendas…

This entry was posted in Business and tagged global warming. Bookmark the permalink.