Misguided logic of some Outdoor Retailers

Utahns aren’t known to crater to threats or misguided logic. Yes, the Outdoor Retailer Convention was good for our state and many businesses that call Utah home, but having a handful of “industry leaders” voice through ultimatum their view isn’t how we do things here. I acknowledge our leaders for standing with the people on this; that is courage! I witnessed the brash treatment of our legislature as they debated this critical issue. Our elected officials held civility and open minds throughout. 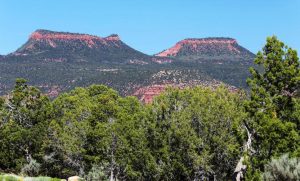 Corporate heads such as Rose Marcario, Todd Spaletto, and Jerry Stritke didn’t have the courage to fly in on their private jets and sit down with Governor Herbert in person. Their bravery was readily apparent as they immediately provided a press release after their conference call. This type of bullying is why we suffer as we do in Washington, but not here in Utah!

I find it ironic that a criticism of Utah’s leaders was that they didn’t listen to the “people.” Guess what Rose, Todd, and Jerry, you have no clue! Your convention participants were interviewed by your organization in August of 2015 with results showing two-thirds of 6,000 retailer attendees and exhibitors want to keep the show in Salt Lake! Call Marisa Nicholson- Vice President and show director for specifics.

Another thing you should learn about Utahns is that we love our outdoors! We are careful stewards of public lands, in fact, I bet no other state does as much. We not only preserve our critical lands but enjoy management behavior that stands out as national leading ideas. This effective use of our land allows for beneficial use throughout a unique diversity 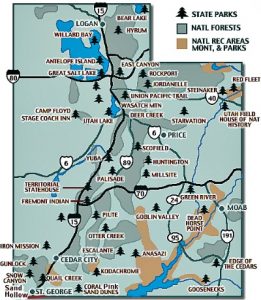 of needs. Do you know Utah has 253 conservation projects engaging a commission to aid in continued preservation? We have 43 state parks which in part are funded out of Utah’s general fund, a commitment that goes back to 1957! There are 35 million acres of land open to the public and the country’s largest wildlife conservation project. You could say we are too good at promoting the outdoors as people from all over the world come to see what we have done. I haven’t even mentioned the might five national parks or eight national monuments.

Don’t give credit to Rep Rob Bishop, state and local leaders who were working together with the residents of Utah, yes “locals”—not blinded environmentalists— to preserve and manage the exact same area. With a little luck, and because we didn’t pander to your hysteria; we well may have a Goosenecks State Park soon! 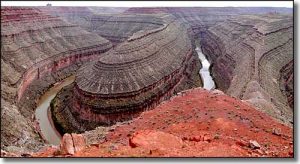 Go ahead and believe your alternative facts and internet stories to promote a false agenda. I stand with the leaders who represent the people of Utah who have a rich history of championing good land policy…