In 1946 and at the age of 9, Ron Sellers was told by his two older brothers he was too young to shoot ducks with them. This broke Ron’s heart to the point of isolation and tears. When his father asked what was wrong, it was all he could to do explain himself through the sadness he felt in a broken heart. 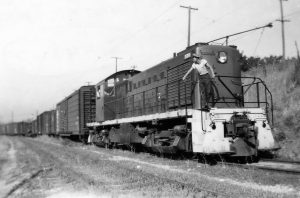 You see, the Bamberger Railroad carried people from Salt Lake to Ogden passing by the Sellers home. Passengers were often in transit to Lagoon for entertainment or rode to and from the cities for work. The Bamberger’s—who owned the train—loved to eat duck and would have their conductor stop to meet Ron’s and his brothers as they commuted north. They would hand the young boys shot gun shells to use to hunt as they transported their passengers north. On the return trip, the train would stop and exchange school clothes for each duck they had caught. Ron wasn’t allowed to shoot because his older brothers couldn’t “waste” any of the shells on their younger brother. Misguided shots took away from the overall count of the day.

As Ron raised his head toward his father, and in wiping away tears, did his best to explain why he couldn’t participate in the hunt with his brothers. “I am as good as they are Dad!”

Well, I will tell you what we can do then. I will buy you a BB gun. We will file off the sites 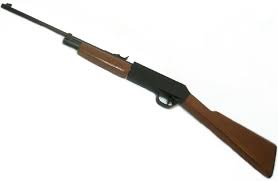 and have you shoot aspirin bottles in the air. As soon as you can hit them on a regular basis; I will have your brothers include you in their activities.

This was all Ron needed. He spent hours in the barn perfecting his techniques. He would learn the best way to slow down the movement of the bottle in his mind, knowing what point to pull the trigger and ways to keep the guns movements steady allowing for optimal opportunity. He didn’t want to fail his father’s test, so even after he felt he had mastered his ability, he continued to practice. Dad, I am ready! What? You can hit an aspirin bottle after throwing it in the air? Yes Dad every time.

His father had thought this would take a long time—if ever—to perfect. This would allow for Ron to reach an age where his chances would improve in the duck hunt. It was critical for the family to obtain these clothes as they were very poor.

Ok, let’s go see; bring your brothers. Off to the barn the Sellers went to see the sportsmanship of the youngest in their group. Go ahead; shoot a bottle for us Ron. His brothers were thinking he would fail waiting anxiously to participate themselves. Off the bottle flew into the air. As the bottle reached its apex the BB hit the bottle square in the middle. It was a direct hit. As with all brothers, they jumped in to offer that it was nothing more than a lucky shot. Off went another bottle which was hit again. This happened over and over with no failed attempts. Neither older brother could compete with Ron at this new sport.

His father had no choice but to support Ron’s efforts. Ok you two, as he pointed to the older brothers, Ron is to have as many shots as each of you as you hunt for the Bamberger’s! Ron, I want you to tell me how it goes. He was a natural, turns out it was far easier to hit a “slow moving” duck with hundreds of BB’s than a small bottle with one.

Some say the emotion Ron felt from his desire to participate triggered his natural ability. While this may be partially true, Ron suggests that a rare and deep desire is a critical element to being really good at anything in life. It may be we carry a natural aptitude toward a physical ability, but to be truly exceptional our hearts must be in play. This is the only way we use our full capacity.

During his late teens and as a driver for construction services, Ron made more money gaming workers than in his salary. He would pull onto a job site and bet $1 to any willing party that he could hit a penny thrown into the air with a .22 pistol. He never (rarely if ever) missed. For those who want to try, the secret he says is to wait until the penny hits the apex of flight where it turns to show its full broadside view. You merely wait for the time you have the highest probability of success and pull the trigger (good luck!). 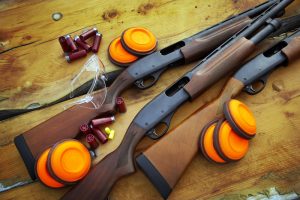 At 21 Ron was introduced to trap shooting. He was a natural beating the reigning state champion in his first event. He went on to shoot trap representing Remington internationally. Over the years he has shot with all kinds, including the Prince of England. He holds six world records which include being the first to hit 100 clay pigeons in a single day from 21-, 22-, 23- and the 24-yard lines. This was done by what competitors called “a country boy with a gun held together with bailing wire and string.” He went on to hit 100 at every marker in competition. When asked how, he said “I have the ability to wait until I see the right picture before I pull the trigger.” In his storied career he shot nearly 1500 in a row! 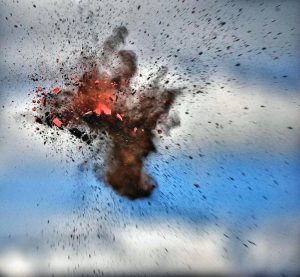 This technique is exactly what a professional baseball player told me about hitting runs in the major league. Isolate the ball as a picture in your mind where nothing else comes into play. I remember Jerry Sloan saying with technology today we have an ability to learn every detail of an athletes unique abilities. We can see their raw talent and find ways to improve on their abilities. But, what we can’t see is where their heart is. Often an athlete’s ability comes from the heart pushing one beyond natural talents even when they are exceptionally gifted. There is no test for this, but it must transpire at some point for the athlete to be truly great.

So to be exceptional at anything we need a certain level of capability for sure. But mix talent to inner drive, or a burning desire to succeed and you will find nothing will stop you! You well may become a world champion like Ron…

This entry was posted in From friends and tagged bamberger raliroad, becoming an expert, school clothes, world record. Bookmark the permalink.