Suicide is on the rise and professionals say we can do something about it. Many times hope is all that is needed by those affected. This can be as simple as words from a stranger asking “are you okay?” A commonality among potential victims is that they make a pact with themselves that if one person reaches out, even a stranger; they will tell them—everything—and ask for help.

We know their despondent feelings aren’t unique as every single person in our society has felt (is feeling) despair. This emotion has occurred throughout the history of mankind. But ask yourself if you think we are living in a time of heightened depression today? My argument is that there is cause to believe we are.

In 1860, Mathew Brady used the body of John C Calhoun with a headshot of Abraham Lincoln to create the portrait used on the five dollar bill. This may have been necessary or even innocent but indicates a process that today that is ever changing. In 2004, John Kerry was falsely accused of being present with Jane Fonda in an antiwar rally with a manipulated photo. On the cover of Newsweek in 2005, Maratha Stewart’s face was placed on the body of a slimmer woman to portray that she lost weight in prison. The editor stated, “The piece that we commissioned was intended to show Martha as she would be, not necessarily as she is.”

The most prolific uses are companies editing glamour shots to improve skin complexion, hair, body shape or other features. The process of photo enhancement is used in and out of commercial applications. On the commercial side, ninety percent of our society wishes for less editing so we could see people as they are, or in other words with our individualized imperfections. As technology continues to allow greater access across multiple devises, the affect is lowering self-esteem. This is evidenced by a survey where eighty percent of women interviewed had feelings of insecurity after witnessing photos “made perfect.” We have become accustom to a practice that was once thought to be an abuse of technology. 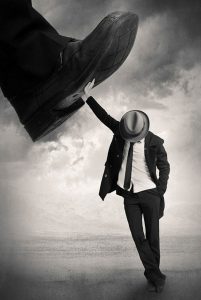 Altered life has stepped well beyond photos into nearly every aspect of our lives. Think with me for a minute about where the make-believe has taken us. Log on to any device and see airbrushed vacations, jobs, food, and relationships. Our endless glass screens often fill our days with more data than our personal interactions. They are altering what are seen as becoming greener and greener pastures of perceived dramatic differences between us. This practice isn’t reserved for only the fun side of life but it occurs in modifying our problems as well. These life capsules are filled with significantly more drama than reality. Think what “fake news” does by modifying bits of truth into full blown outrage. We absorb this drama every day innocently unaware what it is doing to us internally. Our society—who once feared the ramifications of manipulating photos—now has entire lives transformed through an influenced reality.

Coincidently our suicide rate is of epidemic proportions. The impact is hitting our youth particularly hard as suicide is the leading cause of death in our youth ages 10 to 17. One young man who had attempted suicide stated, “ For me, it started with low self-esteem thoughts, like, I’m not doing well, I’m not enjoying this…you look for other options that allow you to do that, and suicide was one of them.” For every person who dies, there are six times as many who have attempted and are receiving treatment? In nearly every case nothing more than a sense of hope would have prevented the act.

As our medium of exchange becomes more prevalent and the impact more severe, my wish is that we are able to stem the tide and give ourselves a reality check. Technology is designed to entertain. It is only thought to be entertaining when it is exaggerating life to an extreme. Many times this manipulation can be innocent by those who only want to be popular. What we are seeing are minor motion pictures of an augmented reality. By understanding this, we are allowed to see that we really do have it as good as others. Our pastures are really pretty and green. Life is good when you think it is—not so good if you don’t think.

Don’t get lost in the magic of worlds behind the glass. Our greatest moments are the full enjoyment of life’s up and downs. Without either, life would truly be depressing.

1 Response to Our manipulated world